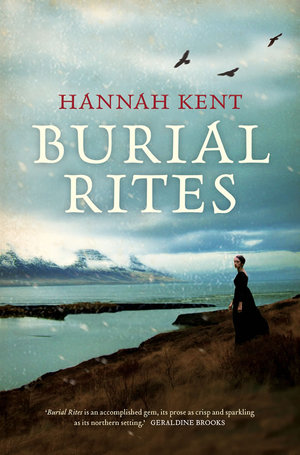 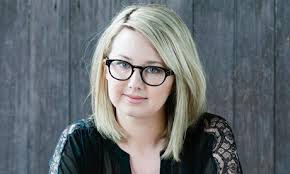 On January 12, 1830 in a poor rural community in northern Iceland, Agnes Magnúsdóttir, 34 years old, a farmhand, and Friðrik Sigurðsson, a farmer’s son were beheaded for the murder of two men almost two years earlier. For the months leading up to her execution Agnes was forced to live with a farming family who were extremely reluctant hosts but forced to do so by the farmer’s local administrative responsibilities. The executions were the last in Iceland, for in 1869 executions were outlawed in Iceland under Danish law.

In 2002 Hannah Kent was 17 years old and on a student exchange program, living and studying, in the north of Iceland. She arrived in January when the place was dominated by snow and darkness (for 20 hours a day). She was lonely, socially isolated on the edge of the world, and cold. On a trip around the region, obviously in a gap in the weather, she asked about local places of significance and she was directed to three small hills, white against white, where, her host parents said, a woman called Agnes was beheaded: the last execution in Iceland.

“I was immediately intrigued. What had she done? What had happened? … Retrospectively, I can only speculate that the strange, isolated place of Agnes’s death made me think of my own feelings of loneliness; that I thought of Agnes as a fellow outsider in a remote Icelandic community, and I identified with her in some small way.”

In January 2011 Hannah Kent had to face the task of writing an historical novel as the creative component of a PhD and her discovery of Agnes’s story nine years earlier sprang to mind.

Burial Rites is the result.

The thought of reading an Australian writer’s work with no gum trees (no tress at all actually), no kangaroos and no barbeques was too tantalising to resist. Kent uses two narrative frames: an uninvolved narration in the third person and a more poetic one in the first, as Agnes and so giving her a voice. The landscape, social and familial structures are revealed, not in dense descriptive paragraphs but as a background to the action. The arrival of Agnes at the lonely farm, her ostracisation, her predicament and demeanour are all skilfully drawn as is the family members of her reluctant jailers; and part of the charm of the situation is the slow growing understanding between the doomed woman and her hosts.

Of course the force that drives the plot is ‘did she or didn’t she’ and as the months of summer give way to the always harsh winter Agnes’s position improves and one thinks that the details of her background and crime will emerge in her religious counselling from a very young trainee clergyman, Toti (a rather wasted character). However this does not happen, instead Kent peppers the text with the story of Agnes and the eventual crime of which she is accused, through more poetic monologues from Agnes, part of the first-person narrative, and through dialogues by the fire with the mistress of the house, Margrit. This is a mistake on Kent’s part as she already has an impartial third person narrator that could faithfully serve as a means to dramatise the events rather than through a static duologue of two women sitting down before a fire in the dead of an Icelandic winter. Agnes’s first person narrative is intriguing and personalises the historical figure, which is exactly what a first-person narrative should do; but in the latter stages of the story, when we discover the romantic relationship between Agnes and one of the dead men, Kent’s re-imagining of this relationship descends into soap-opera of the ‘love him-hate him-love him’ kind. Such personal ruminations may be the musings of a lovelorn teenager but Agnes is mature, intelligent, and self-aware so notions of ‘if only I could talk to him I could change his mind,’ do not ring true.

These weaknesses in the text damage Kent’s novelistic authority but in relation to the work itself they are minor. Burial Rites is an imaginative, a mostly well-crafted debut with a wonderful evocation of period and life well within the Arctic Circle, and I look forward to her next work, which I believe will also be set in Iceland.

Burial Rites has won, among others, the Victorian Premier’s Literary Award People’s Choice Award, and for Kent she was named the 2014 Sydney Morning Herald Best Young Australian Novelist.

Kent co-founded and served as deputy editor of the Australian literary journal Kill Your Darlings. Burial Rites was released in Australia, the USA and the UK in 2013 and translation rights have been sold to 15 countries. In October this year she toured Canada as a guest of the Calgary’s Wordfest, the Vancouver Writer’s Festival and the International Festival of Authors in Toronto.

It was reported in 2013 two months after the book’s release that Jennifer Lawrence is scheduled to star, as Agnes, in the movie version of Burial Rites, directed by her Hunger Games director, Gary Ross.