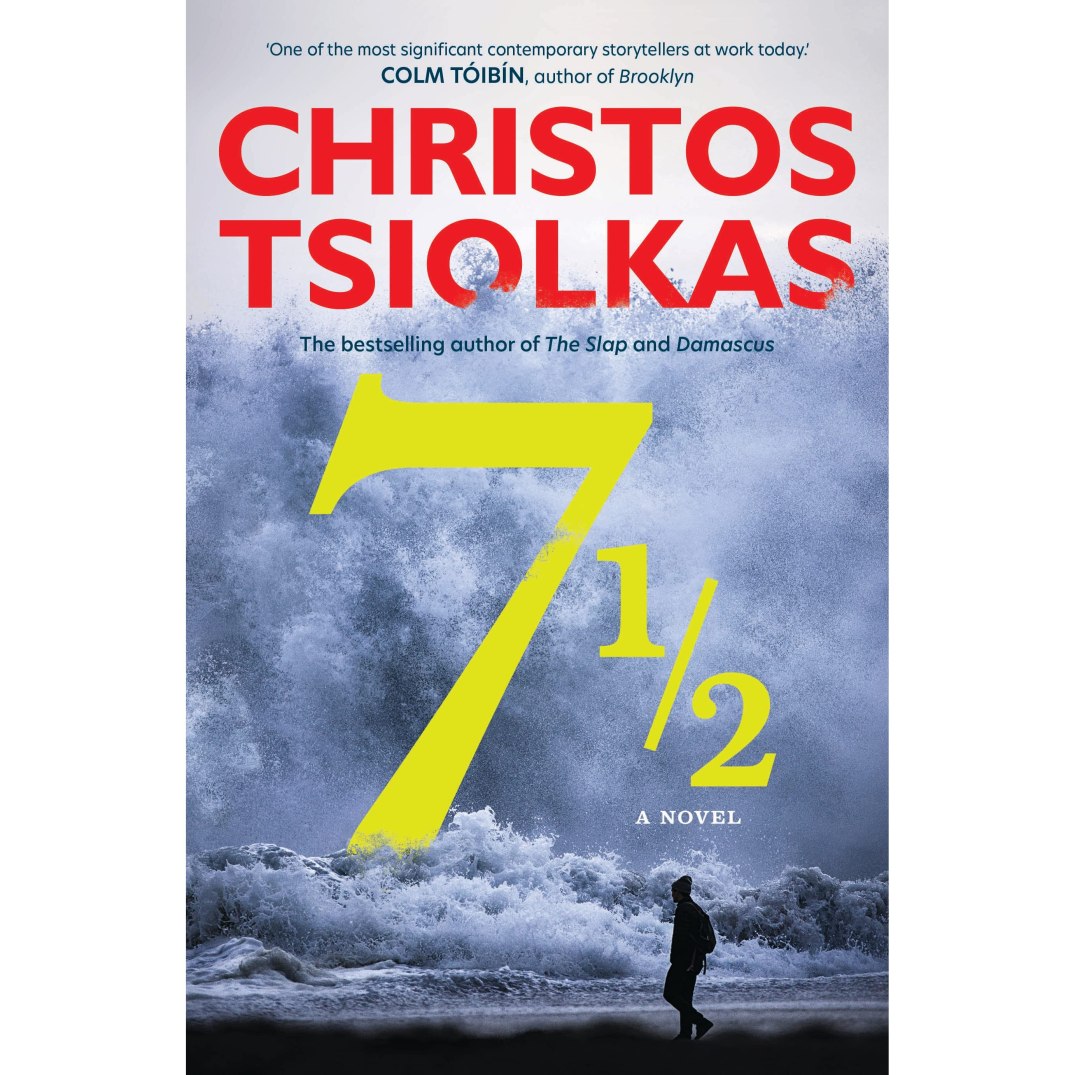 I have heard several heated discussions about this book. I’m a Tsiolkas fan but my appreciation has waned since his Damascus which was an ambitious work and although there were some evocative sections it was ultimately a disappointment for this reader.
In fact I’ve been reading Tsiolkas since The Jesus Man (1999) – good, then Dead Europe (2005) -fantastic, and then, of course, The Slap (2008) – brilliant, then Barracuda (2013) -good, Merciless Gods (2014) – very good, then Damascus (2019) – not so good.
I found this one in a swap-library at a modest beachfront hotel in Candidasa, Bali, my island home now for 12 years. So, I picked it up and exchanged it for several copies of The Economist.

All of these matters politics, sexuality, race, history, gender, morality, the future – all of them now
bore me.

It’s a novel about a writer going away by himself to write a novel. It’s a mixture of autobiography,
memory, criticism, natural history, angst, and confession.

Most writers are glorified and bewildered by the fiction writing process. The difficulty of squeezing in the writing process into one’s life seems a rich seam of inspiration. And it is! But not, I fear, for readers. What Tsiolkas has tried to do is worthy of trying but there’s a reason that it’s not attempted more often. I’m not really interested in how a stylish but comfortable pair of shoes is made; I just want them to be stylish and comfortable.

Although he tells us there are 3 stories he wants to write we only really get to know one: Sweet Thing.

The marketing blurbs on the covers put me in mind of a writer who isn’t comfortable with his idea, a
long held idea, he tells us, and so needs to isolate himself with only the idea for company.

…truth and imagination are enemies.

I don’t believe that: fiction, via our imagination, can help us see the truth. He says he wants to write about beauty. But what does that mean? Beautiful people? Beautiful actions? Beautiful relationships? He loves the idea of writing about beauty but doesn’t articulate how it may be achieved. What is most vivid in this book are the scenes where beauty is nowhere to be seen.

Every artist, very writer, must have an element of the superstitious to them … we have faith in
alchemy. Yes.

He gives in to the temptation of writing as therapy, yet doesn’t acknowledge that such self-absorption
sidelines the reader. All writers must know that writing is, as he says, via alchemy; writers want that
alchemy to be understandable, enjoyable, want it to resonate with the reader, and so edit it to make it
more so. I don’t know how a writer can ever ignore the reader.

I am a writer, and I believe in the utility of by accident, its necessity.

There are moments of verbosity that sound forced but can be forgiven since this is not so much a novel as a DIY manual – with examples.

Tsiolkas’s narrative jumps seamlessly, grammatically speaking, from his minute by minute existence at the beach house to the story he’s writing, Sweet Thing, to memories, some long lost, as he paddles around the beach and house while trying to write. The ‘work’ is always present. This may make the reading confusing but it doesn’t. Writers, I’m sure, know this feeling, which causes great annoyance to the people who share their lives: their current project is forever taking the writer away from, and getting in the way of, them and the present.

There are pesky little mistakes that the editors should’ve picked up but didn’t. He describes an eagle
circling the ocean and beach then diving into the sea and emerging with a fish in its beak. Is this an
attempt at writing about beauty? Eagles are raptors and so grab their prey with their feet as they skim
the water. This mistake doesn’t worry me, as it might others, since I no longer assume that the universe
of the book I’m reading is my universe. However, it does grate a little. Maybe it was a cormorant or booby; they do dive for their prey; he just thought it was an eagle, or wanted it to be an eagle. And no bird eats on the wing. But, maybe it was the image, ‘of the profound amorality of nature’ he was after: ‘… drops of blood and flesh [that] fall from the fish it has taken; they fall softly as rain …’ The image is what’s important even if the details are wrong. Anyway, I don’t let it undermine the veracity of the narrative. Some would.

There wasn’t a time when I wanted to stop reading, although I did skim the more purple prose of his
nature writing and his repetitive description of bodily odours. I’m interested in writers and their writing
processes, as some readers are, and would’ve liked more of it. We get the main bits of Sweet Thing but not the continuing, and potentially intriguing, detail. This reinforced my idea that he never quite trusted the idea to stand on its own and so wrote it into a story about the writing of it. It isn’t clear whether the work, Sweet Thing, actually was finished, or written. The end of this book is more about the end of the retreat and getting back to his partner than the end of the novel he was trying to write.

Once I finished reading, I felt like it wasn’t written to be read; it was written to be written. As a reader, I
felt a little sidelined, left out.

There’s no doubt Tsiolkas is a writer of talent, authority, and variety. What this reader wants is for him
to return to the truth-telling of family. He is SO good at that. It is, after all, a bottomless well.

Here is a longish interview, via the Avid Reader Bookshop, with Tsiolkas about 7½.

You can buy the Kindle or Paperback edition here.