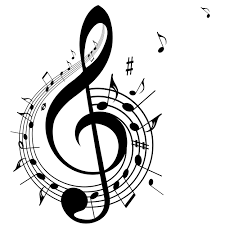 In the early stages of my mother’s relationship with my step-father, when she could get what she wanted – don’t think she was asking for diamonds, she wanted a good sized bathroom, a good sized laundry and a flushing toilet and those she got – she also got me a piano.

Unfortunately the means to teach me to play it were limited. There were two possibilities: I could go to the nuns or I could go to the Shefte College of Music; but being a good Lutheran family, going to the nuns was completely out of the question and therefore not a possibility at all, so the Shefte College of Music it had to be.

This turned out to be the wrong choice since the teachers at the Shefte College of Music were sloppy and extremely unmusical. They travelled up from the city to my small country town every Monday so I stayed with Auntie Ivy in town on Monday nights since the music lessons were after school and I would miss the school bus back to the farm. I liked staying with Aunty Ivy on Monday nights because my Latin teacher, Miss Linke, boarded with my Aunty Ivy and it was Miss Linke on whom I had an enormous crush.

But back to the music. The music teachers from the Shefte College of Music taught piano and piano-accordion. I actually wanted to learn to play the harp as another crush of mine at the time was on Harpo Marx. No-body had a harp but I had a piano so the piano it had to be.

We already had a piano-accordion player in the family. One of my step brothers learnt to play the piano-accordion from a local girl. He was so good at it that he married her. They used to play piano accordion duets in his room where my mother insisted they play with the door open. It was understood but never said that they might do things to each other that my mother disapproved of. This puzzled me because if the door was closed I couldn’t understand what they could possibly do to each other while both had piano-accordions strapped to their chests and all four hands energetically engaged in pushing and pulling, keying and buttoning piano-accordion arrangements of songs from South Pacific. If you haven’t heard a piano-accordion duet of “I’m Gunna Wash That Man Right Out of My Hair” then your musical upbringing is sadly lacking.

The teaching method of the Shefte College of Music was based on the belief that all young people were interested in pop songs. Therefore they taught their students to read music only in the treble clef. They completely ignored the bass clef but trained our left hand to vamp the guitar chords which were always printed in a little box above the treble bars. This worked well for songs like “Beautiful Beautiful Brown Eyes,” “If I Were a Rich Man,” and “The Impossible Dream.”  My earliest public performance was in the Glenelg Town Hall, in the big city, at the end-of-year concert where I was part of an ensemble of 10 pianos and 15 piano-accordions all bashing out “Lady of Spain” almost at the same time. The noise was … remarkable. It was my first taste of public acclaim. The audience applauded very loudly when it was finished.

When I asked could I learn the piano piece that accompanied a popular TV commercial about fabric conditioner they were a little surprised but they found the music which didn’t have guitar chords on it and that’s how I learnt to play a piece called “Fur Elise.” I only learnt the first page; it was a very short commercial.

My mother made me practice every day which I did after I came home from school. It was at this time of the day when everyone in the house was out of the house doing the evening chores. They all assured me that they could still hear me practicing and I was doing very well. I was particularly good, I thought, at “Sadie, The Cleaning Lady.”

During one Christmas holidays in another little country town I was baby-sitting my sister’s children. After the kids went to bed I decided to listen to some of my sister’s LPs. We didn’t have any music player on the farm. Music was more closely related to church, the organ, and Sundays. There was a pile of records in my sister’s very modern and very long HiFi unit, made of polished wood and glass with speakers at either end. It was a stereo system and you could stack on the central spike several records at a time and each one, and only one, would drop down after the previous record was finished. It was very mechanical and very modern and had a built in cocktail cabinet. Their record collection consisted of the James Last Band and Herb Alpert & the Tijuana Brass. That was it. But on this particular night I went right to the bottom of the pile and came across an LP that I had never seen before. It was red and written across the top were the words “The Original Motion Picture Soundtrack.” The name of the motion picture was incorporated into the design; red on red, so it took me a few moments to find it. It was called “West Side Story.” I had no idea what it was so I played it. I watched as the black disc dropped down and the arm came across and lowered itself on the first track; and I listened. I was mesmerised. I had never heard anything like this before. It was so surprising. You could tell that there were a lot of musicians playing a lot of different instruments all at the same time. It sounded like there were hundreds of them; and no-one was vamping. There wasn’t even a piano. For the next hour or so, while I sipped Creme de Menthe from a very little glass I played the first song – it was called “Overture” – over and over again. It was the most exciting music I had ever heard.

Those same Christmas holidays were my last on the farm. In February I went to the big city, to boarding school, to do my matriculation year before going to university. I left home. On the first weekend I took my horde of pocket money, I’d been saving for months, and I went into the city on the bus, by myself, and found a music shop. I wanted to buy some orchestral music but I had no idea what to buy. I found a little music shop in a little lane-way that sold not only LPs but cassettes and cassette players. I bought a cassette player about the size of a small type-writer. Then I searched for music cassettes of orchestral music. I spent hours in that shop. I only had enough money for two cassettes. After much deliberation, based on nothing but the picture on the front, I bought a cassette with music by someone called Saint See-ens; a piano concerto it was called, Number 2. I searched for number 1 but couldn’t find it. It was clear to me that although the composer was a saint I was sure it wasn’t religious music. I knew I didn’t want religious music. I also bought a cassette of music by someone called De-vor-rak. It was called “From the New World” and I bought it because of the word “New”. I liked the fact that it was new.

My musical education, taste, and the pronunciation of European composers have all improved, wandered, and grown over the decades since. I played Saint-Saëns Piano Concerto No 2 only yesterday which sparked my wish to write the above. It’s still one of my favourite concertos. However I cannot listen now to Dvořák’s From the New World, his Symphony No 9. I’m not sure why. It makes me cringe.

Little pieces like this have occurred to me lately, I suppose, because I have just finished reading a memoir. However the above was a little experiment on how to convey my naivety and wide-eyed wonderment at discovering orchestral music. Short and simple sentences, something that an eight year old might write, was my way of trying to achieve this; but it was also an experiment in meaning. I hope it was clear that when I wrote, “I was particularly good at “Sadie, The Cleaning Lady”” you understood that I meant the exact opposite and that despite my description of 10 pianos and 15 piano-accordions playing “Lady of Spain” you understood that it was probably the most hideous noise a pair of ears could endure. But, successful or not, I’m sure you’ll tell me.

3 thoughts on “Introduction and Allegro”