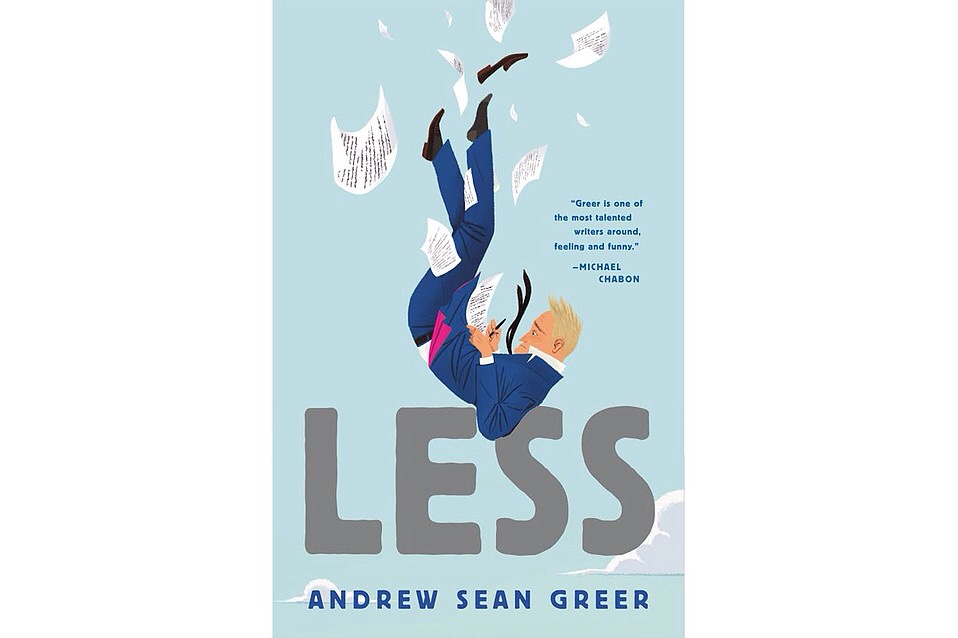 There is, I think, in everyone’s circle of friends one person, although a friend, and you behave friendly to each other when you are together, but who you speak dismissively, jokingly, unkindly of, when they are not around; usually to another friend in the same position, so, maybe, there are two such people in every circle of friends. Yes, you like them but not as much as others in the circle, and the list of things you don’t like is longer than most; and it would take the slightest of slights for you to dissuade the relationship feeling justified as you stride to the moral higher ground feeling that, at last, you were being honest. That person is the type of person Greer has chosen as the un-named narrator in his Pulitzer Prize winning novel. Arthur Less is a writer, but not a great one, and everyone seems to know it. The narrator knows him from way-back, moves in his circle, but understands and satirises his many faults. Less has a nemesis, Carlos Pelu, who he describes as “one of my oldest friends” and vise-versa, but neither can stand each other. Carlos Pelu would be, I’m sure, a confidant, an intimate friend of this arch, and sometimes, a little bitchy, un-named narrator.

The narrator slips into the first person, at times, initially as a twelve year old boy who meets Arthur Less in the kitchen at a party, thinking him a confidant, and then surprised to find he is a man, a twenty-seven year old man, despite his looks. Giving flesh and opinions to a third person narrator is rare, and I wonder if us readers will actually ‘meet’ this man. However, with this little anecdote he has now become part of the story, and more than you first realise; but, no spoilers here.

Here is where the humour is; in the truthful, but cutting, and campy comments he makes about the hero, who is vane, lonely, unhappy with his lot, losing his good looks, terrified of growing old, and finally realising the limits of his talent. He is also the reality that most writers are terrified of.

To avoid the humiliation of attending his ex-lover’s wedding, Arthur Less, ex lover of a famous poet, and now published, but ignored – even by his agent – accepts several second rate invitations to second-rate literary events, last-minute-because-they-couldn’t-get-anyone-else requests, and embarks on a world circuit dreading every one more than the next. However, he’s almost 50 and used to answering questions like, “Sorry, who are you again?” and dealing with cheerless guides who say things like, “But you could visit our world-famous museum, but not today, it’s closed.”

The subway ride back to the hotel is made half as charming by being filled with twice as many people, and the heat of the afternoon has made Less self-conscious that he smells of fish and peanuts.

It seems Arthur Less is fulfilling the promise of his name. Every sentence, like the above, is soaked in second-best-ness; Less is heading for a hiding and I felt an increasing feeling of dread, despite – or because of – the comedy, and a growing respect for Greer.

I began this blog, as I usually do, with my first impressions. Unusually, those impressions changed as I realised that Greer was playing with me a little, and it all had something to do with that bitchy narrator.

Surprisingly, this novel is also a love story, a most surprising love story that sneaks up on you and hits you in the guts when you least expect it. Highly recommended.

You can buy the book is multiple formats here.