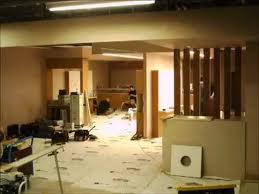 In light of my post yesterday concerning point-of-view (POV) here is a new scene from the sequel to Veronica Comes Undone, Veronica Spreads It Around that I’ve been working on today.

Let me set it up for you.

Veronica is determined to get back custody of her son Jack from her ex-husband, David, Jack’s father. To do this she has planned to give up her freelance psychology consultancy and open a ‘legitimate’ business: a business the family court will find acceptable. The scene is the shop she is renovating into a small hospitality business that she has big and unique plans for. She is sitting at a table in the corner of the space surrounded by workmen, dust and noise doing the accounts.

I’m writing ‘close’ (third person subjective; see yesterday’s post for details) but as the scene hots up (sexually I mean) I found myself slipping, briefly, into the second person POV; as if the narrator is talking directly to Veronica. This wasn’t planned and I don’t know examples of this in my reading history. It felt right though. I might leave it in.

Also note the change from past tense to present. I’m writing in the past tense but all of Veronica’s scenes with men are written in the present. It’s more immediate, more alive.

It wasn’t midday yet but the numbers began to swim and shake on the computer screen. She knew transferring all her accounts onto a spreadsheet was sound sense but she also knew she had to concentrate and input the information accurately: one little slip and all her formatting would produce false results. Her coffee latte was cold. Why did she always do that: forget about it and waste the last third? She propped her elbows on the table where she sat in the corner of the space and rested her face in the palms of her hands letting her fingertips massage her closed and prickly eyes.
She attended to the noises. A moment ago all sound had morphed into one: a white noise she ignored. Now she heard the whine of a tile-cutter; the traffic outside in the busy street; a car-horn; a rhythmic hammering somewhere; and Vera’s buzz-saw voice talking on her mobile berating a dodgy supplier.
She opened her eyes and took in the scene. The sign writer, Paco, was putting a border around the enormous plate glass window. A workman, young, skinny, goofy-looking, cleaned paint-rollers in a tray of turpentine. Another man angled tiles into a cutter that spat out dust and a piercing and ever modulating drone. Two men were installing the large hood over the stove in the long kitchen, and a burly man in overalls stood at a portable workbench cutting glass panels.
She had noticed him before. He was tall but stocky. He had reddish-sandy hair that stuck out from under his hard-hat; a neat, very neat but short, beard and wore overalls over a plaid shirt, with the sleeves rolled up his sandy arms. His hair was messy but his beard was tailored, tended, clipped. He obviously had spent some time in front of a mirror. She decided the messy hair was deliberate. This man looked after himself. She liked that. She wondered about the beard. A beard. This beard; how it would feel on her finger tips as she touched his cheek; moved through the growth to the soft lobes of his ears and the wispy sandy hair. She had kissed a bearded man once, a long time ago but it was black, thick and his moustache had hung down over his top lip. She had felt it. It was not unpleasant; but this beard was short. She wondered how it might feel brushing her cheek; fussy? prickly? ticklish? She wondered how it would feel against her thighs, against her …

He’s staring at her. How long has he been doing that? Not as long as she’s been staring at him. She looks away, but, hey; it’s all a bit late for coyness. She smirks and looks up again and meets his gaze.

He puts down his tool and walks towards her. She is aware of intense embarrassment, her hot cheeks, but she holds his stare as he approaches. He sits down. His eyes are brown.
“I was always taught not to stare at people,” he says in a soft voice tempered with a faint grin, “but that’s for children; for grown-ups it’s something completely different.” Veronica opens her mouth to speak but hesitates: she knows she’s been caught out; she knows she was staring; she knows her cheeks are red; and she knows that he knows all this. “Sorry Bill…”
“Bob. Robert.” His grin widens, warms.
She returns his smile, mimics it, which is really all she can do. “Robert. Sorry. I was day dreaming.”
“Really? So you weren’t staring at me?”
“ … I was staring, yes.”
“I know you were.” He waits. She still isn’t sure why. What is he expecting? She only thinks she knows.
“You remind me of someone, ” she says.
“I see. Do I look like him?”
“No.” She could’ve said yes.
“So, what’s to remind?”
She wishes she had said yes. “The way … the way you hold yourself.”
“Really! That’s very perspicacious of you.”
She’s impressed by his use of this word – he’s a shop-fitter! – and wonders now if her understanding of it is correct and instantly, to cover a whiff of intimidation, she counters dryly with, “Actually it’s your beard.”
“I see. So he had a beard like mine.”
“No. It was long.”
“Do you like it long?”
“I don’t know. His is the only one I know. I was just wondering…”
“Would you like to touch it?”
“Bob,” she reprimands.
“Oh, have I crossed the line, have I?” and his eyebrows jump; “and it’s Robert.”
“It’s not that, Robert. It’s …” Yes it is! You want him to cross the line. You want him to lean over and put his cheek against yours. You want to feel his hairy cheek against your skin. You want to lick it! And if the truth has air you want him to put his tongue in your mouth; and a few other places you could name. But instead you say, “It’s very light in here.”
“Oooo,” he says with dancing eyes, “You’d like some place darker?”
“Bob.” She says abruptly. “Robert, it’s the middle of the day in the middle of a workplace.”
His smile fades. “I see. It’s the old ‘lady boss’ and ‘tradesman’ divide.”
She worries that she may have offended him. She’s worried that she may have turned him off; so she counters, and with a smile says cunningly, “That’s not a negative.”
He stares at her and she holds it. He stands up, puts his hand in his pocket and pulls out a business card, gives it to her, and says “Call me when you finish.”

He walked back to his workbench.