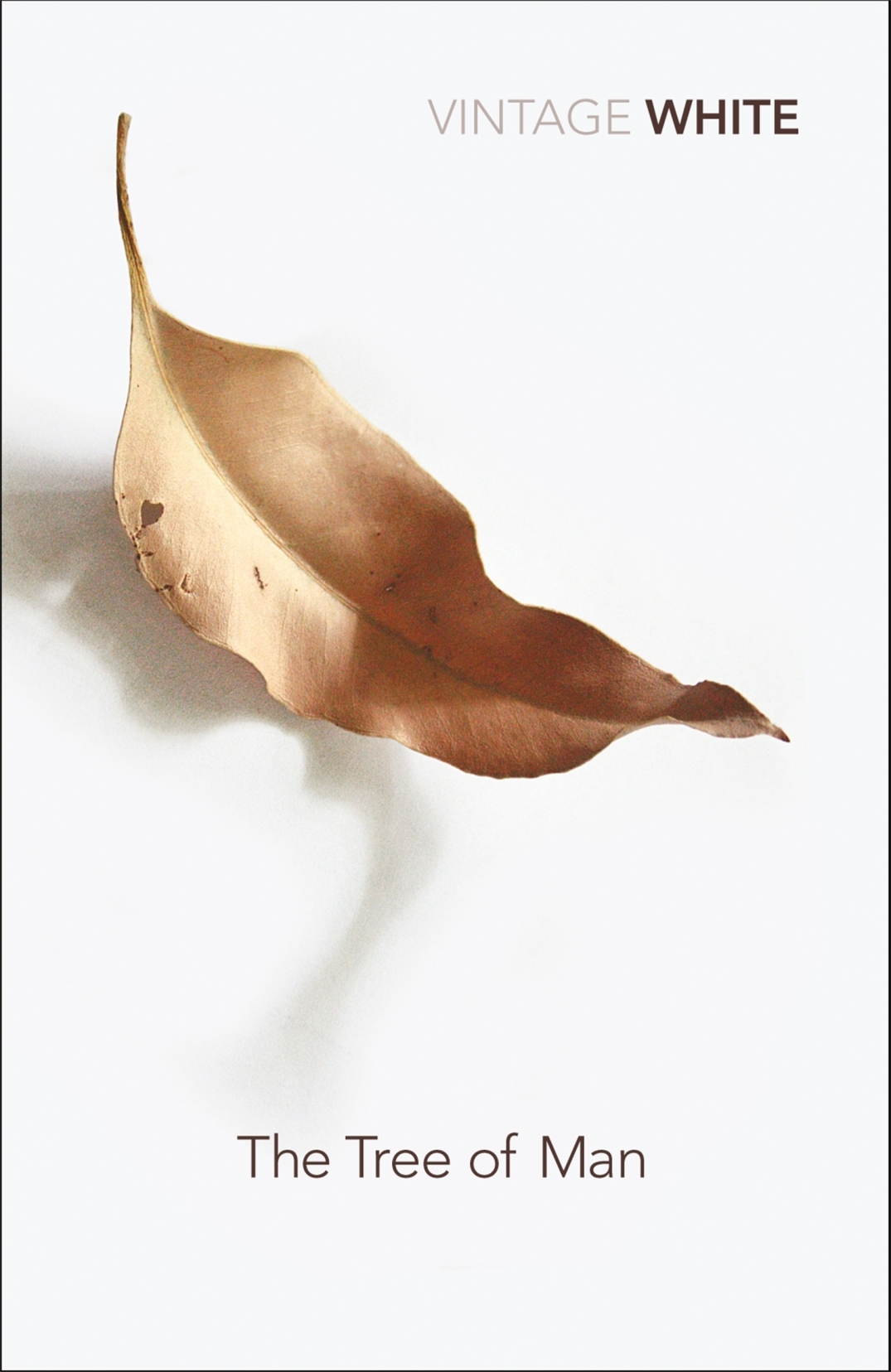 I have had a checkered reading of Patrick White: I started The Tree of Man (published in 1955) when I was too young to appreciate it, so stopped; I started The Twyborn Affair (1979) but, not long in, threw the thing against the wall – I don’t remember why; and in 2011 I read A Fringe of Leaves (1976) several times – for academic purposes – and loved it! It was his first novel after the Nobel Prize and the pressure must have been immense.

The title comes from A. E. Houseman’s A Shropshire Lad (31):

There, like the wind through woods in riot,
Through him the gale of life blew high;
The tree of man was never quiet:
Then ’twas the Roman, now ’tis I.

In 1957 Patrick White wrote in a letter, “I felt the life was, on the surface, so dreary, ugly, monotonous, there must be a poetry hidden in it to give it a purpose, and so I set out to discover that secret core, and The Tree of Man emerged.”

“I wanted to suggest in this book every possible aspect of life, through the lives of an ordinary man and woman. But at the same time, I wanted to discover the extraordinary behind the ordinary, the mystery and the poetry which alone could make bearable the lives of such people, and incidentally my own life since my return” … to Australia in 1948.

He uses the word ‘poetry’ in both these quotes. If you see this word on the cover, or more usually on the back-cover, of any book it usually means ‘literary’, ‘difficult’ and such a book won’t be found in an airport bookshop. It is, apart from anything else, informative.

The Tree of Man is about life. Stan Parker, a young ordinary man, (Life had not yet operated on his face) marries Amy, a young orphan (…had not yet felt affection for any human being) and takes her to live with him in a rough hut he has built on a plot of rough inherited land in the bush. What happens to them is the plot. What they feel, and usually don’t understand, and the discovery of meanings, insights, and poetry is the narrative and far more important; the description is the place and what it does to them, and the dialogue is how we get to know, and feel for, all the characters. These are the elements of a novel: narrative, description, and dialogue. And in the first two is where the poetry is.

Early in the book, after a devastating flood Amy Parker takes in a stranded boy, assumed an orphan. During the boy’s first night with the Parkers, she finds the lad late at night sitting by the fireplace looking at the dying fire through a piece of red glass:

‘What are you doing here?’ the child asked.

But her skin was cold. She was uncertain of her furniture.

That last line of two short sentences is an example of literariness. The link between her last spoken line, This is my house and the next line of prose, But her skin was cold is not linear. There is a knowledge gap. And there is another, bigger, gap between that line and the next, seemingly strange one, She was uncertain of her furniture. What has to happen here is for the reader to fill in those gaps. This reader filled in that the child was warm but she wasn’t, so at a disadvantage; the child had control here, and she, not much more than a child herself, was intimidated by him. The second larger gap I filled in with an even stronger feeling of inadequacy: she knew nothing about anything, not even her furniture, which suddenly seemed irrelevant to her, as if she had no say in it; again like a child.

The child was looking at her hand. It was lying with some lost purpose along his arm. She still had to learn the words that she might speak.

This is what literary fiction does: the thought processes are not linear so requiring the reader to use their intuition, experience, and self-trust. What the writer meant by all of this is irrelevant – they’ve either moved on to their next book, or are dead – it’s in the realm of the reader, always, and what the reader thinks is correct.

This is an Everyman story of how people behave based on their own wishes and desires and to each other, the poetic majesty of living, loving, and making a life for themselves out of the scrubby wilderness but without any of the words necessary to express such feelings and mysteries. They talk to each other as uneducated country people do while the narrator reveals everything else.

Like all readers, we make a pact with writers to accept their omnipotence and let them lead us blindly along the tracks, twists, and turns of the narrative, no matter how ordinary the action is. The ‘novel’ is in the narrative. If you pick up a Patrick White novel and open it this is what you have to do. This is where the pleasure is.

Along the way, in the narrative, not in the dialogue, there can be incredible wisdom.

But he respected and accepted her mysteries as she could never respect and accept his.

This is profound. In one short sentence White encapsulates the essence of male-female relations that lie at the heart of countless novels, films, musicals, and, indeed, relations between the sexes for centuries, as in the song, Marry the Man Today, from the 1950’s musical Guys and Dolls, with music and lyrics by Frank Loesser.

As a literary work about the essence of mankind such pronouncements are the result of his intention: to discover the ‘poetry’ of human existence. His sentence instantly paints that archetypical relationship in which the husband unquestionably, but usually because he just wants peace between them, follows the tenants of his married life as stipulated by his wife, but she is forever ‘nagging’ him to change his ways. During this scene where White uncovers such universal truths the pair are talking about selling a calf: he thinks they have too many, she thinks the heifer, she calls her Nancy, will fret; she worries about their daughter who has cried over the extraction of a splinter under her fingernail, he thinks she’s doing fine if that’s all she has to worry about. Character based dialogue, simple and personal, but the wisdom and truth is in the literary narrative with language that the uneducated characters of their own story would never use.

His simplicity had not yet received that final clarity and strength which can acknowledge the immensity of belief. So instead of praying he went into a café and ordered a plate of food.

What people mean when they say ‘I believe…’ is often ‘I believe in the believing’. Believing comes with ritual, mannerisms, uniforms, social contact, expectations, and the resulting satisfaction. People pray without a sense of who they are praying to. They believe in the action of praying. It’s comforting. It’s doing something. Something that many people would approve of, and is therefore satisfying; like ordering a plate of food, which, realistically, is far more comforting because it actually arrives.

The narrative follows the couple, their two children, Ray,  who doesn’t turn out well, and Thelma, who marries a solicitor and has the opportunity to wear furs and crocodile skin shoes and so she has the excuse to look down on her parents. Stan and Amy Parker have two grandchildren and it’s possible they might like to make things right with the children and the children’s children; but it’s too late: it’s not their call any more. They missed it, and it’s inferred that the next generation, as parents, will do no better.

White explores the dichotomy of parental love and how we have no control over it: you love them as kids but maybe not as adults. They grow-up and grow-away. Even the people with we live with for decades we learn to take for granted. So when the grandson  comes in wet from a storm …

The old woman began to remember her husband whom she had forgotten. She forgot him now for whole days.

White started out to find the poetry in life, instead he found the truth.