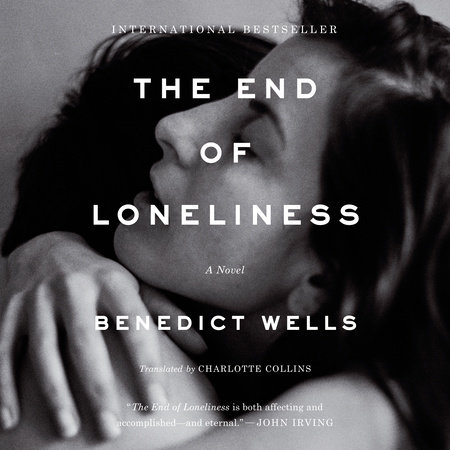 Marcel Proust’s monumental – 7 volume – novel, certainly the longest, and arguably the best novel ever written,  À la Recherche du temps perdu, sometimes translated as In Search of Lost Time or Remembrance of Things Past was the first to use memory as a novelistic tool. It appeared in English in 1922, the year of Proust’s death, and helped to change the way literary novels were written; its stream of consciousness technique was revolutionary at the time but still remains today as an author’s story-telling option: the Northern Ireland writer Anna Burn used it for novel Milkman, her 2018 Booker Prize winner.

Benedict Wells’  novel, The End of Loneliness (2016) is a contemporary product of how memory can ‘write’ a novel. Jules Moreau, the first person narrator, wakes up in hospital and tries to remember how he got there, but memory isn’t linear, it jumps around like a rabbit in a cage. He even draws it for us:

It is the story of three siblings who loose their parents when they are all very young and are sent to boarding school where they slowly drift apart, geographically, emotionally, and intellectually. Their lives seemed pre-ordained but the tragedy sets them adrift leaving them, and the reader, wondering what would their lives have been like if the accident had not happened. It is also a love story that runs parallel to Jules’s memory of the siblings’ separation and their slow and difficult return to each other.

Although an author’s dreams can sow the seeds of fiction, using dreams, real or fictional, as the basis for plot decisions, I believe is a lazy option for a writer. One reviewer warns that this ‘may irk the critical’. However, Wells keeps the writer’s interest with slight, but intriguing, references to some event in the future:

‘… all this had nothing to do with what happened later.’

But the real star of the show is memory. Only twice, before the end, does the narrative return to the present: Jules lying in a hospital bed, where his children are mentioned. Children? There’s been no mention of children. This is another reference to the ‘future’ which pricks the writer’s curiosity and adds to the page-turning momentum.

In contemporary literary fiction relationships and character are far more important than plot; but the set up – an injured man with plenty of hospital time remembering his past to understand who he is and why he is there – is credible and neat, and although the prose is straight-forward the emotional pull is strong which has a lot to do with Well’s talent. The word ‘tear-jerker’ has been used, too much I think, in many reviews of this book.

Although it is his fourth novel it’s a book that Wells had to write; it was stuck in his head for seven years but then, following its publication and success, his head was free to write the novels he wants to write. I look forward to those.

Wells changed his name to remain free from his famous family and chose ‘Wells’ from his writing mentor, John Irving’s hero Homer Wells in his novel Cider House Rules (1985).

Here is an interview, in German with English sub-titles, with Wells when he won the European Prize for Literature in 2016 for The End of Loneliness; and you can watch another interview with Wells, in English, when the book was translated into French, here.